It’s become quite a tradition for Caswell to host a box at the races. Everyone who attends tells us how much they enjoyed it. This year was something extra special however; the 50th Anniversary of Caswell being founded…a couple of months before the Apollo 11 moon landing back in 1969. To say there was high demand for an invite is a massive understatement. 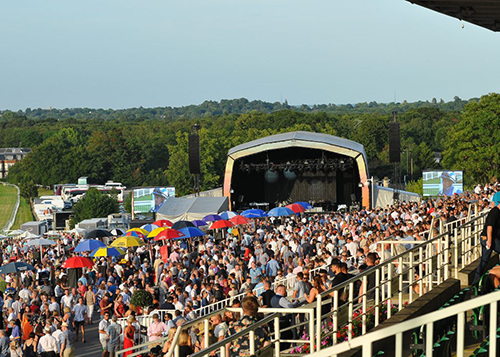 A packed Sandown Park; with the stage all set for Madness later in the evening 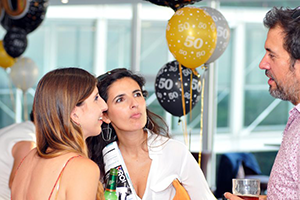 The draw of our 50th Anniversary, the cunningly titled ‘XL’ 40th Anniversary tour performance by Madness and promise of horse racing in wall-to-wall sunshine encouraged us to up the numbers for this Sandown Live! 2019 event to 70 to accommodate our guests’ wishes.

Conversation between our valued contacts within the Restaurant & Bar industry flowed as smoothly as the wine and sundry other tipples. The (thankfully air-conditioned) Royal Box and balcony overlooking the finishing post was the perfect place to spend an afternoon with good friends, followed by an evening with Suggs & Co. 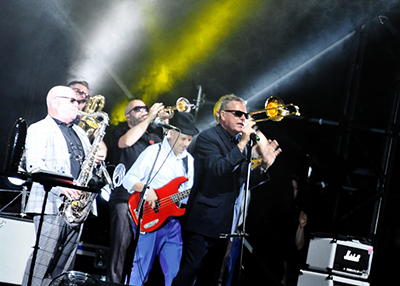 Lively as ever, they trumpeted out all the instantly recognisable hits from their back catalogue including Baggy Trousers, House of Fun, Driving in My Car, My Girl, Our House, Embarrassment, Night Boat to Cairo and many more.

Back to News
We use cookies on our website to give you the most relevant experience by remembering your preferences and repeat visits. By clicking “Accept All”, you consent to the use of ALL the cookies. However, you may visit "Cookie Settings" to provide a controlled consent.
Cookie SettingsAccept All
Manage consent

This website uses cookies to improve your experience while you navigate through the website. Out of these, the cookies that are categorized as necessary are stored on your browser as they are essential for the working of basic functionalities of the website. We also use third-party cookies that help us analyze and understand how you use this website. These cookies will be stored in your browser only with your consent. You also have the option to opt-out of these cookies. But opting out of some of these cookies may affect your browsing experience.
Necessary Always Enabled
Necessary cookies are absolutely essential for the website to function properly. These cookies ensure basic functionalities and security features of the website, anonymously.
Functional
Functional cookies help to perform certain functionalities like sharing the content of the website on social media platforms, collect feedbacks, and other third-party features.
Performance
Performance cookies are used to understand and analyze the key performance indexes of the website which helps in delivering a better user experience for the visitors.
Analytics
Analytical cookies are used to understand how visitors interact with the website. These cookies help provide information on metrics the number of visitors, bounce rate, traffic source, etc.
Advertisement
Advertisement cookies are used to provide visitors with relevant ads and marketing campaigns. These cookies track visitors across websites and collect information to provide customized ads.
Others
Other uncategorized cookies are those that are being analyzed and have not been classified into a category as yet.
SAVE & ACCEPT
MENU